Natural products are always a popular choice with modern day consumers, so it is little wonder that many manufacturers of health and fitness supplements tend to choose natural ingredients for use in their formulations.

It’s just a case of trying to give the consumer what they want, but some dietary ingredients are more popular than others and in many cases much of that popularity can be attributed to the American TV host Dr. Oz—a man who has acquired quite a reputation as a weight loss expert. Yacon syrup is one such ingredient.

The ancient Incan’s were well aware of the nutritional properties hidden amongst the roots of the yacon plant, yet many people had never even heard of yacon until it was featured on Dr. Oz’s show. Now “yacon syrup” is one of the new dieting buzz words—such is the power of prime time TV. 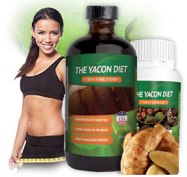 Yacon Syrup is one part of the Yacon Diet – the other part being a diet supplement. It can be either bought and used together or separately. It is available in multiple currencies and ships to most countries across the globe. It is also comes with a 60 day money back guarantee on all orders

What is Yacon Syrup? 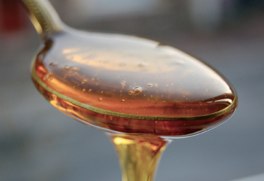 Yacon syrup is a sticky substance that has a texture like treacle. Its taste has often been described as being like a mild version of apple, but has also been compared to caramelized sugar. The syrup is made from an extract taken from the tuberous roots of the yacon plant (smallanthus sonchifolius), using a similar process to that used in the production of maple syrup. 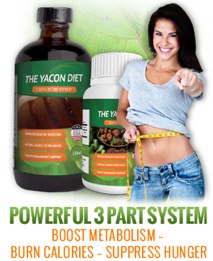 Despite its deceptively sweet taste, yacon syrup is very low in calories and has an extremely low glycemic index rating. This ensures a slow break down into glucose, after it has been ingested, so there is no sudden spike in the blood sugar level of the consumer (a common cause of fat gain).

Yacon is advertised as having a ‘3 part system‘ whereby it can suppress appetite, speed up the metabolic rate and burn excess calories.

The syrup is also known to be high in fiber, and its properties are very healthy and unlikely to result in weight gain. Yacon syrup also has prebiotic qualities, and this is the reason behind the compound’s tested and scientifically proven ability to encourage weight loss.

Prebiotics are important for controlling levels of intestinal flora (microscopic organisms), such as Bifidus and Lactobacillus. Dr. Oz dubbed these “skinny bacteria” because they can play such an important part in the weight loss process. 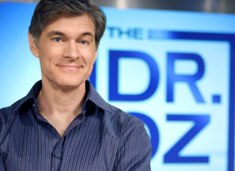 The weight loss properties of yacon syrup have been put under the microscope with impressive results, and it seem probable that these laboratory successes are what drew Dr. Oz’s attention to yacon in the first place, but rather than rely on other peoples research alone, Oz also put together his own study group, conducted an independent test, and shared the results on his show.

Sixty women were involved in Oz’s four week study. All of them ate three meals a day and took a teaspoon of yacon syrup before beginning their meals. It is also important to note the women were instructed not to change their normal dietary habits or interfere with any existing exercise routine. Twenty of the women dropped out before the end of the test, but the forty remaining test subjects showed some interesting results:

Yacon syrup is one of the most natural weight loss tools on the markets and it has been proven to be effective. It is also notable for being a stimulant-free weight loss option that is unlikely to cause side effects, but potential users should be aware that yacon is a relative of the sunflower, and this means that people who are allergic to sunflower seeds may also be allergic to yacon syrup.

Yacon syrup also appears to provide weight loss benefits without any need for exercise, so it may be particularly useful to people who have health limitations that restrict their mobility and/or makes physical exertion painful or dangerous for them.

It also seems probable that more significant weight losses should be achievable by those who incorporate yacon syrup supplementation into a multifaceted weight management system that includes a calorie controlled diet and regular exercise. 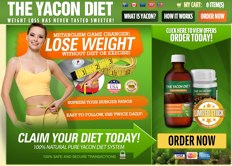 With many dietary products and ingredients it often comes down to weighing up the good points against the bad points and trying to decide if the good outweighs the bad by enough to make the risk worthwhile.

When it comes to yacon syrup though, the potential benefits are so high and bad points so low, that the scales can do no other than weigh in favor of yacon syrup as an effective weight loss solution.